The Icelands are one of the five environments of Aderyn's Cradle.
Running through Aderyn’s Cradle is Anora’s Spine, a long chain of high snowy mountains with chilling temperatures, not to mention an immense amount of volcanic activity. Villages and citadels dotted this region, since many roads were built through the mountains that linked much of Aderyn’s Cradle to the rest of Anora. The Soulfire crisis caused the dormant volcanic range to wake up and spew fire yet again.

The Druid walking across the frozen ruins of a city. 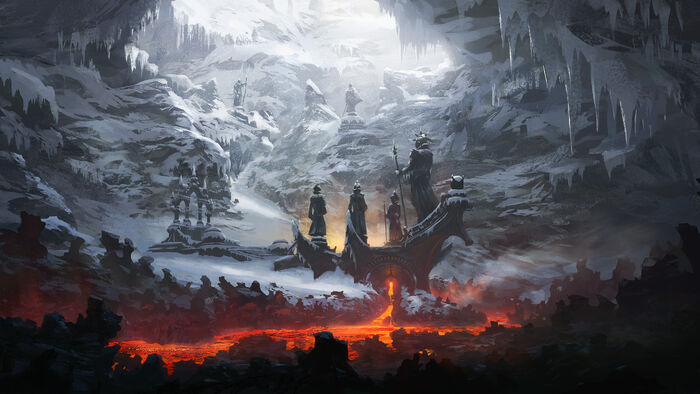 Here at the Crucible in the Icelands players can augment their weapons with fire.
Retrieved from "https://aderynscradle.fandom.com/wiki/Icelands?oldid=1246"
Category: