The Five refers to the five gods of Anora, Aderyn, Ostia, Ryphae, Nitima, and Acie.

Legend has it that Anora was the a single, great, culmination of all five of the gods, so impossibly powerful the human mind could never fully grasp its truth. The land itself is named after it. It is believed that Anora was the one who created all the land, the people, and the creatures that live on it, and in pouring all its power and energy into creating the world, it shattered into pieces. Thus, the Great One was no more, and five splintered shards of the whole remained and became the current-day gods of Anora. 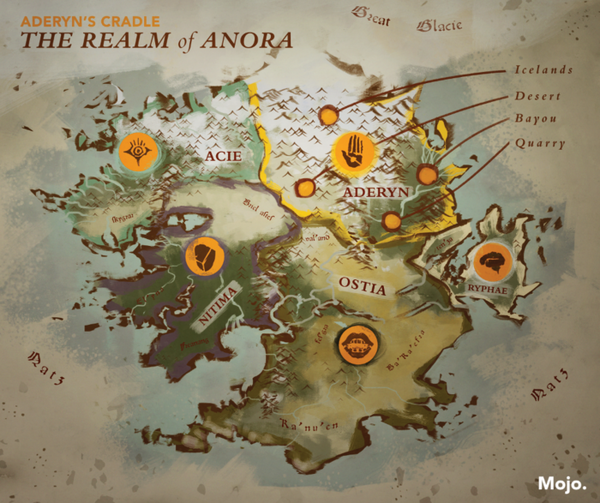 A map of Anora
Retrieved from "https://aderynscradle.fandom.com/wiki/The_Five?oldid=1216"
Category: